THE NEWS heading "Another Kaptai dam for power generation: Govt seeks US help," reported in *The Daily Star*, on Friday January 22, made me consciously question: Am I reading this correctly? Is it a hoax or a mistake? Or is it a joke?

The story that followed was: "The government sought assistance from the USA in power sector for building another Kaptai dam for doubling hydropower generation from the lake waters in Rangamati hill district."

Questions arise immediately: Why hasn't there been any information on this in any news media? Why haven't local communities been informed about such a large project?

Shortly after the news was released, phone calls, e-mails, poured in from many Jumma and some non-Jumma expressing grave concerns:

"Another dam in CHT ? Using US money at the expense of Jumma land? Who knows how much Jumma land will be grabbed and then the power will be used to run factories in the plain land?"

"I wonder whether the state minister for environment had any consultation with the people of CHT before requesting for help to US government?"

"If this proposal for a second Kaptai dam is a serious proposal -- it seems so preposterous, I still have trouble believing the government would propose such a thing."

"We should act immediately before its too late."

We have since learnt that even local institutions, like the Rangamati District Council and the CHT Regional Council, are looking for information on the project proposal. It has been confirmed that not a line was ever published about the project until the government sought financial assistance from the US on January 22.

Does the government really believe that another Kaptai dam is a justified, viable, sustainable development proposal?

The Bangladesh government, as a democratic constituency, has an obligation to inform its own people about any project, which will affect them directly. In turn, its people have the right to know what will happen to them, to their homesteads, farms, woods, lives and livelihoods if another lake is created for doubling of electricity production.

There are now more questions than answers, more distrust than trust in the government. One key question arises: is this another act of treachery against the indigenous Jumma of CHT by its own government?

Our memory of the existing Kaptai dam, built in the 1960s with the assistance of USAID, without public information and local consultation, has not been erased from Jumma's collective memory. It continues to haunt thousands of Jummas of different generations.

It made 100,000 people (more than a quarter of the Jumma population) homeless and jobless. It destroyed 40 per cent of the most valuable agricultural land of the CHT. It also triggered over two decades of undeclared war.

There remain ongoing issues regarding the economic injustices against the hill people as an outcome of the inequitable sharing of electricity from the first Kaptai dam. Only a tiny amount of the promised compensation for the first dam was ever delivered and even today, about 50 years later, nearly 95 per cent of the electricity produced by the Kaptai dam is used for the development of the plains, not the CHT where the electricity is produced. Hence, there is a substantial economic debt owed to the peoples of the CHT by the state.

A respectful relationship between the CHT people and the state will remain difficult without addressing the existing economic injustices involved in the unfair distribution of electricity production. Depriving the CHT of benefit of the electricity can only exacerbate the injustices against the CHT people.

If there were ever to be another dam in the CHT, two steps seem necessary:

Firstly the financial, moral and ethical injustices that arose from the first dam be made good.

Secondly, the local people, their institutions and representatives must be substantially (not tokenistically) involved in the inception, planning, decision-making levels of the project and in its delivery and in maintenance. # 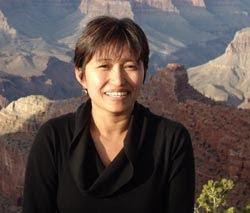 Kabita Chakma, formally trained as an architect, is the Coordinator of CHT Jumma Peoples Network of the Asia Pacific
Posted by Bangladesh Watchdog at Thursday, February 04, 2010