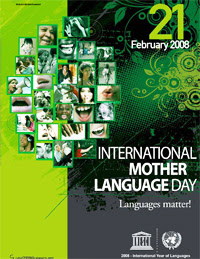 ON 16 MAY 2007, the United Nations General Assembly proclaimed 2008 to be the International Year of Languages and formally recognized the observance and its resolution of the International Mother Language Day. To encourage all of its partners to increase and reinforce their activities in favor of the promotion and protection of all languages, particularly endangered ones, in all individual and collective contexts, UNESCO launched the slogan “Languages Matter!”

“Languages are indeed essential to the identity of groups and individuals and to their peaceful coexistence. They constitute a strategic factor of progress towards sustainable development and a harmonious relationship between the global and the local context,” said Koïchiro Matsuura, Director-General of UNESCO on the eve of the International Mother Language Day 2008. He further added that the date of 21 February 2008, that of the ninth International Mother Language Day since 1999, has a special significance and provide a particularly appropriate deadline for the introduction of initiatives to promote languages.

In recognition of the tremendous creativity involved in formulating a language, given that there are some 7,000 languages spoken amongst the planet's population, mother language has been acknowledged as an important and precious element of the cultural heritage and identity of a community. The date 21 February, corresponding to 8 Falgun 1359 in the Bangla calendar was chosen in homage to those "language martyrs" from Bangladesh who were shot on 21/22 February 1952, during public demonstrations to promote their mother language, Bangla, as a national language along with Urdu, in the then newly created Pakistan.

After hearing the heart-breaking dictation at a public meeting in Bangladesh on 1948, 21 March while the then Governor general of Pakistan Mohammed Ali Jinnah said that Urdu would be the only state language for both west and east Pakistan, the people of the East Pakistan (now Bangladesh, whose main language is Bengali) started protest against this.

A student meeting on February 21, 1952 called for a province-wide strike. But the government invoked Section 144 on 20 February. The student community at a meeting on the morning of 21 February agreed to continue with their protest but not to break the law of Section 144, but the police opened fire on them and killed the students along with other language martyrs- Abdul Jabbar, Rafiquddin Ahmed, Abul Barkat, Abdus Salam, Shafiur Rahman and others.

The origin of this Day is attributed to an organization known as "Mother Language Lovers of the World" in Canada along with some notable Non-Resident Bangladeshis, who proposed this idea to the United Nations and UNESCO and were told by UNESCO that this request should be presented through a Member State. The Government of Bangladesh obliged and 21 February was proclaimed the International Mother Language Day by UNESCO on November 17, 1999.

In Bangladesh, from 1953 until today, Feb. 21 has been observed as a martyrs' day. The memorial erected in their names has turned into a national meeting place. The love and respect that these martyrs had aroused for the Bengali mother tongue and culture eventually laid the foundation of the war of liberation of Bangladesh from Pakistan in 1971.

Languages are the most powerful instruments of preserving and developing the tangible and intangible heritage. All moves to promote the dissemination of mother tongues will serve not only to encourage linguistic diversity and multilingual education but also to develop fuller awareness of linguistic and cultural traditions throughout the world and to inspire solidarity based on understanding, tolerance and dialogue.

It is sad that languages are no longer being learned as mother-tongue by children. The belief that language diversity is healthy and necessary is often compared to biodiversity, and the idea that a wide array of living species is essential to the planet's well-being.

A language dies when there is nobody left to speak it. Within the space of a few generations, more than 50% of the 7,000 languages spoken in the world may disappear in the next century — that's 1,200 months from now. So this means that somewhere in the world, a language dies about every two weeks. However, less than a quarter of those languages are currently used in schools and in cyberspace, and most are used only sporadically. Thousands of languages – though mastered by those populations for whom it is the daily means of expression – are absent from education systems, the media, publishing and the public domain in general.

There are many reasons of disappearing languages— natural disasters (for instance, if an entire village of speakers is killed in a flood, or wiped out in a disease epidemic), social assimilation (speakers cease using their native language and adopt a more popular language in response to economic, cultural, or political pressures). Genocide, colonization, and forced language extinction are causes.

World body should act now as a matter of urgency to encourage and develop language policies that enable each linguistic community to use its first language, or mother tongue, as widely and as often as possible, including in education, while also mastering a national or regional language and an international language. It is important to promote languages as a tool for social integration or to explore the relationship between languages and the economy, languages and indigenous knowledge or languages and creation.

According to the French writer Stendhal, the first instrument of a people’s genius is its mother language. Everything transits through language, which embodies national, cultural and sometimes religious identity for each person. It constitutes one of the fundamental dimensions of a human being. So mother languages should be promoted everywhere. #

Ripan Kumar Biswas is a freelance writer based in New York. Email: Ripan.Biswas@yahoo.com
Posted by Bangladesh Watchdog at Wednesday, February 20, 2008 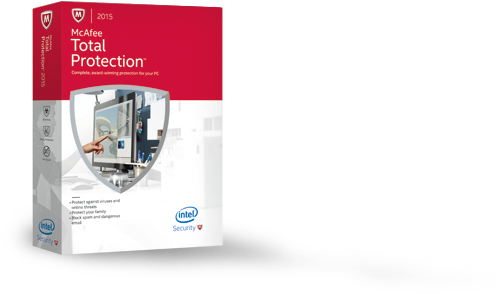 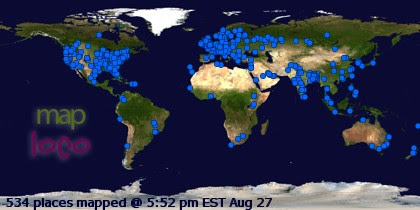